Published on In
Articles & Interviews

Tom Cruise in Rock of Ages and Jack Reacher

â€œI was 19 when I made Taps, and my character loved weapons. In one scene, I was firing a machine gun out a window, and I looked down and there was a guy shooting back at me. This was my first experience with stuntsâ€”and an expert marksman was aiming at me! I didnâ€™t want to look like I was dumb, but between takes I pulled the guy aside and said, â€˜Have you done this before? Youâ€™re not going to shoot me, are you?â€™ I was terrified that my first big part would be my last.â€

Tom visited Late Night with Jimmy Fallon on the tuesday, here are the videos and screen captures! The water war was very funny! 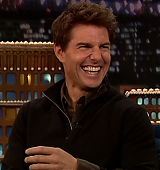 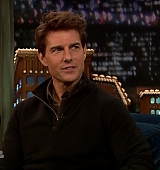 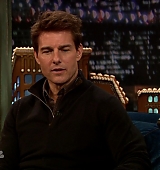 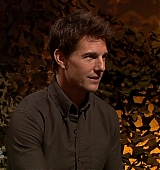 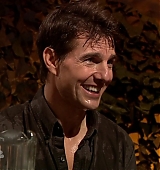 Video: (after the jump)
END_OF_DOCUMENT_TOKEN_TO_BE_REPLACED 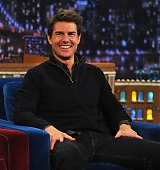 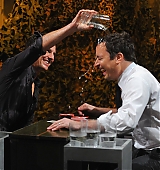 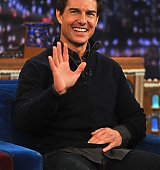 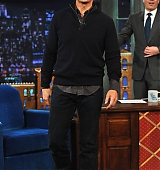 I’ve uploaded screen captures from last night’s interview of Tom Cruise on Late Show with David Letterman, and you can also watch the videos. Thanks DeAdele from RyanReynoldsFan.net for the pictures! 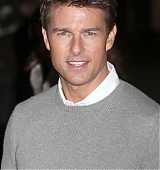 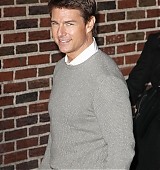 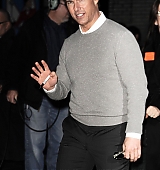 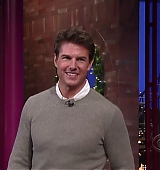 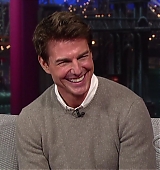 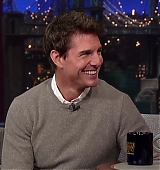 Videos – (After the jump!) – I apologize for the quality, I’m still trying to figure out how to properly convert videos, I’ve divided into 3 parts:

Edit: I uploaded them into YouTube.com for easier loading.
END_OF_DOCUMENT_TOKEN_TO_BE_REPLACED

Comments are off
Published on In
Articles & Interviews Movie News

The actor explains his experience making films and his vision for the franchise.

[gn_quote style=”1″]”I started Mission: Impossible hoping I could make many of them. It’s a character that I can grow with. At that time it was the most expensive film in the history of Paramount Pictures, and the first film I was producing. It’s been pretty exciting. I’ll make a bunch of those. I’ll make as many as people want to see… because they’re very challenging, and so much fun to make. We’re already working on different images. Talking conceptually. I love traveling around promoting different movies because I’m always looking at different places, and I always walk around to see the city. I look at architecture, subways… coming up with different sequences.”[/gn_quote]

Comments are off
Published on In
Articles & Interviews Edge of Tomorrow

All You Need is Kill Release Date & Synopsis

Set to be released on March 14th, 2014, here’s an article from screenrant.com

This yearâ€™s been rough on Tom Cruise both personally and professionally, between his much-publicized divorce from Katie Holmes, Rock of Agesâ€˜ weak reception, and Top Gun director Tony Scott committing suicide. Cruise returns this winter with Jack Reacher, marking the screen debut of Lee Childâ€™s popular character; however, it remains to be seen if the film â€“ which has incited fan outcry over the alleged (mis)casting of Cruise â€“ will buck the trend, or cap off a tumultuous year for the A-lister (following the successful Mission: Impossible â€“ Ghost Protocol from last December).

Meanwhile, production has commenced on Cruiseâ€™s next star vehicle, an adaptation of the illustrated sci-fi novel All You Need Is Kill, which co-stars Emily Blunt (Looper) and is directed by Doug Liman (The Bourne Identity, Jumper). Scroll down for more information on All You Need Is Kill, including the official synopsis and release date.

Here is the plot summary for the All You Need Is Kill adaptation, based on a script co-adapted from Hiroshi Sakurazakaâ€™s source novel by Joby Harold (Awake), Dante Harper (Hansel and Gretel: Witch Hunters), and frequent Cruise collaborator, Christopher McQuarrie (Valkyrie, Jack Reacher):

The story unfolds in a near future in which a hive-like alien race, called Mimics, have hit the Earth in an unrelenting assault, shredding great cities to rubble and leaving millions of human casualties in their wake. No army in the world can match the speed, brutality or seeming prescience of the weaponized Mimic fighters or their telepathic commanders. But now the worldâ€™s armies have joined forces for a last stand offensive against the alien horde, with no second chances.

Lt. Col. Bill Cage (Cruise) is an officer who has never seen a day of combat when he is unceremoniously demoted and then droppedâ€”untrained and ill-equippedâ€”into what amounts to little more than a suicide mission. Cage is killed within minutes, managing to take an Alpha down with him. But, impossibly, he awakens back at the beginning of the same hellish day, and is forced to fight and die againâ€¦and again. Direct physical contact with the alien has thrown him into a time loopâ€”dooming him to live out the same brutal combat over and over.

But with each pass, Cage becomes tougher, smarter, and able to engage the Mimics with increasing skill, alongside Special Forces warrior Rita Vrataski (Blunt), who has lain waste to more Mimics than anyone on Earth. As Cage and Rita take the fight to the aliens, each repeated battle becomes an opportunity to find the key to annihilating the alien invaders and saving the Earth.

The All You Need Is Kill cast is rounded out by such people as Bill Paxton (Aliens, Titanic), Jonas Armstrong (Robin Hood), Franz Drameh (Attack the Block), Tony Way (Game of Thrones), and Dragomir Mrsic (Easy Money), among others.

Warner Bros. has scheduled All You Need Is Kill to hit theaters on March 14th in 2014, a date also currently being occupied by both Disneyâ€™s Maleficent (starring Angelina Jolie) and DreamWorksâ€™ animated feature, Me and My Shadow. Cruise, however, will be returning to the sci-fi/action genre before that, with next yearâ€™s Oblivion, based on the graphic novel co-created by director Joseph Kosinski (TRON: Legacy).

Following All You Need Is Kill, Cruise will likely turn his attention to working on either Mission: Impossible 5 or the developing Van Helsing reboot from Alex Kurtzman and Roberto Orci. Heâ€™s also been linked to appear in a remake of The Magnificent Seven somewhere down the line (should the project get an official greenlight).